is a fully integrated, broad-based entertainment company under the visionary eyes of Chineze Anyaene, and global leader in the creation, production, preproduction, postproduction, distribution, licensing and marketing of all forms of entertainment industry and services by maximizing the use of modern technology.

The company is also in affiliation and partnership with different production companies around the world like:

HITV is dedicated to Nigerian and African cultures and life style. The channel is also the true link between Africans spread around the globe and the motherland producing, broadcasting original and premium content in collaboration with regional partners.

Hitv services were stopped in November 2011. The company no longer exists today.

General manager as Dejiawokoya and the Director of sales is Amira Obi-Okoye(mrs).

Stella Maris was established in September 1996 with the initial take off of the nursery and primary school at: plot 614,duruni District, Area 1 with a population of thirteen (13)pupils and five (5)teachers.

Stella Maris schools was established to promote the advancement of young ones through qualitative and functional education.The school as a supportive communitywith indebt passion for excellence operates a balanced educational system that succinctly develops the students personal endowments to enable them cope with life challenges.Thus our curriculum incorporates the arts, intellectual, social, physical, moral, psychological, cultural education of learner and much more.

Transporting the audience from lush countryside of Nigeria, to the intensity and seductive power of Los Angeles, IJE: The Journey tells the story of two sisters with unbreakable bonds of loyalty and the power of the human spirit.

When Anya, the eldest of the two, vows to chase her dreams of glamour in the Hollywood Hills, her younger sister, Chioma—warns her of the dark side of the American Dream. Now, years later, and in a world away from the life she knew, Anya is charged with the murder of three men, one of them her powerful husband. Chioma travels to her sister’s side to battle not only a flawed justice system with the aid of a young and disillusioned attorney, but the very notion of “truth” as the cultural values of two worlds collide. 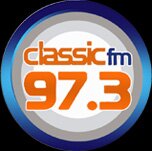 Classic FM is a privately owned commercial radio station and has been "on air" since 2009 serving the Lagos market.

The station targets the affluent and mobile over 40 demographic - who are the high profile consumers in the local economy. Its secondary audience are those who have a leaning towards the old school music and long for the music of yesteryears.

SILVERBIRD FILM DISTRIBUTION is a member of the Silverbird Group headed by the Managing Director Ben Bruce. In there conglomerate are STV cinemas, STV television and Rhythm FM.